Finite Gallery is an independent art gallery established in 2013 by the artist Leslie Duffin, and based in Caves Beach.  We originally joined forces with them to upgrade their website.  The overall design of the existing logo (see picture at bottom) was unsuitable to be used as a tile, icon or favicon for the site.

Furthermore, even the existing initial ‘f’ was too similar to other popular icons, such as Facebook’s, to be used.  An alternative icon / favicon was needed.

We created a stylised ‘F’ using only the strong red and black from the original, dispensing with the weaker grey.  The clean lines and bold colours make this icon and favicon stand out in comparison to it’s rivals.

Since the logo and icon differed in style, we also began the process of designing a new logo incorporating the new stylised ‘F’ and extending that to the rest of the ‘Finite’ text.  (Certain elements were fixed points; the red block and black squares representing the red door and floor tiles of the original gallery.)

This set of variations on a single theme – others were prepared – illustrates our iterative approach.

First we streamlined the existing logo, removing font outlines and substituting the coloured graphic logo for the initial ‘F’ to give it more emphasis.

The next variation shows the red block moved to highlight the initial ‘F’.  The block is now longer and casts a ‘shadow’ which gives the entire logo a cleaner edge.  All other text is now uniformly black, with only the ‘F’ and the ‘shadow’ line in grey.

The last variation dispenses with grey altogether.  We now have a clean logo that relies on black and a single colour.  This further emphasises the initial ‘F’ and the cleaner lower edge.

Further iterations were abandoned before the design was complete when the gallery owner decided to continue using the existing logo for brand recognition. 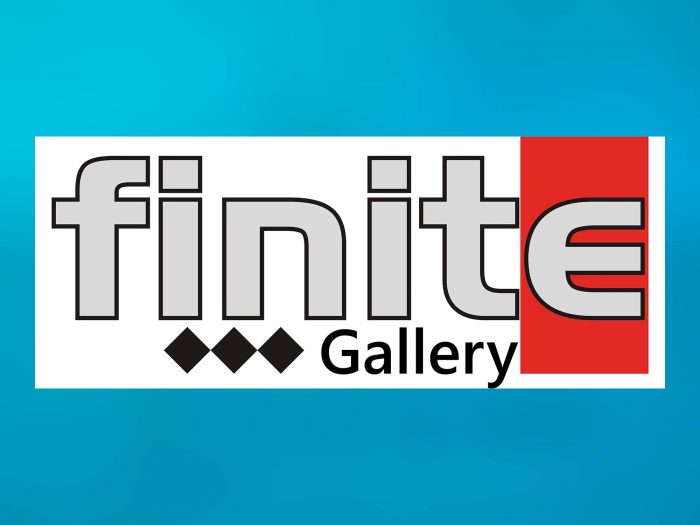