In parallel, also as part of the website rescue,  we took time to explore what John wanted from his website and importantly how it would look, knowing that this would be a showcase for his works.  We also considered how best those could translate into social media graphics, a logo and an icon or favicon.  (At that point we weren’t aware of the possibility he would want us to design and produce flyers or a newspaper advertisement in the near future.)  We presented 3 initial website designs, then worked with him though a couple of iterations to arrive at the final design.

We currently await content and information regarding the next section of the project, a shop section to sell prints and classes through the website, and wonder when again his comet will swoop though our orbit. 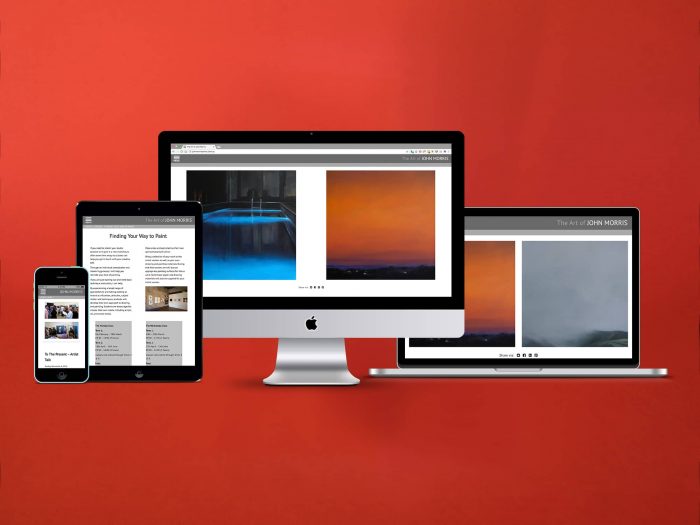