In parallel, also as part of the website rescue, we took time to explore what John wanted from his website and importantly how it would look, knowing that this would be a showcase for his works.  We considered how best those could translate into social media graphics, a logo and an icon or favicon.  (At that point we weren’t aware of the possibility he would want us to design and produce flyers or a newspaper advertisement in the near future.)  We presented 3 initial website designs, then worked with him though a couple of iterations to arrive at the final design.

Eventually comets become burned out and die, and so it was with this project. In October 2018 we let John know he’d no longer be part of our roster, and on 6 November 2018 we withdrew all hosting and technical services. 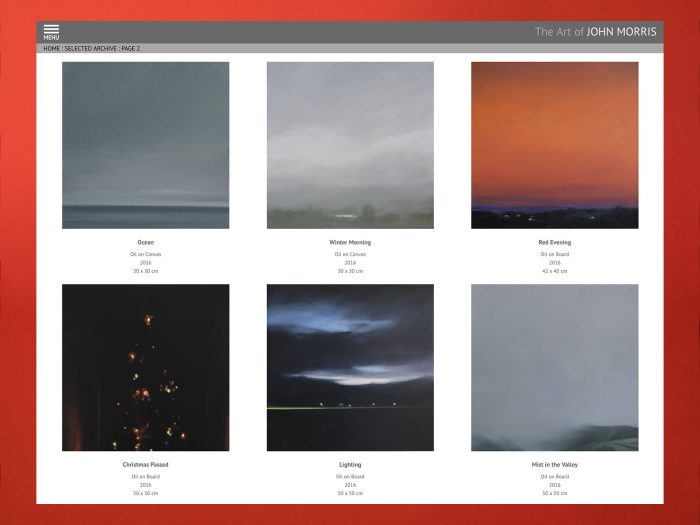